Places to See and Things to Do in Lucknow

Lucknow, the capital city of Uttar Pradesh, is one of the oldest cities in India. It is best known as the “City of Nawabs” because it was then reigned by the Nawabs of Awadh. The city is one of the most immaculate and multicultural tourist destinations of India. Lucknow flourished as the cultural and artistic centre of India. This city has a large number of architectural wonders, cuisines and historical monuments. That is why it is generally called the cultural Hub of India.

Now you might want to visit this city once in a lifetime with such a great culture and a lot of historical places that are a delight for the eyes. Well, here is a list of the top places that you must see in Lucknow. 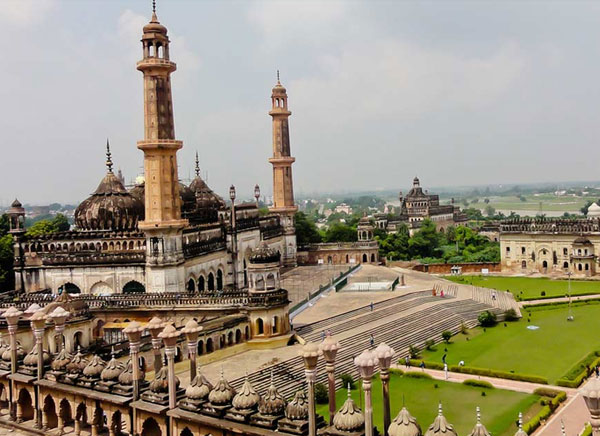 The first one in the list is the Bara Imambara. Bara Imambara is a shrine complex which was built by the NawabAsaf-ud-Daula in 1784. The monument includes the Bhulbhulaiya and the Asfi Mosque. The Imambara is Generally known for its Maze. 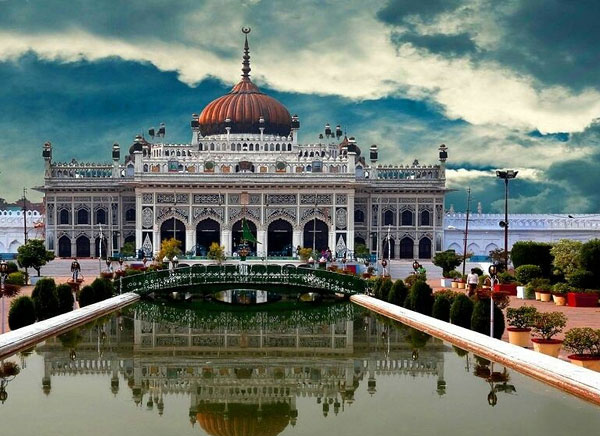 This Beautiful monument is to the west of Bara Imambara and it was built by the Nawab Muhammad Ali Shah in 1838. This building is also referred to as the 'Palace of Lights' by European visitors and writers because of the profuse decorations of the monument at specific events. 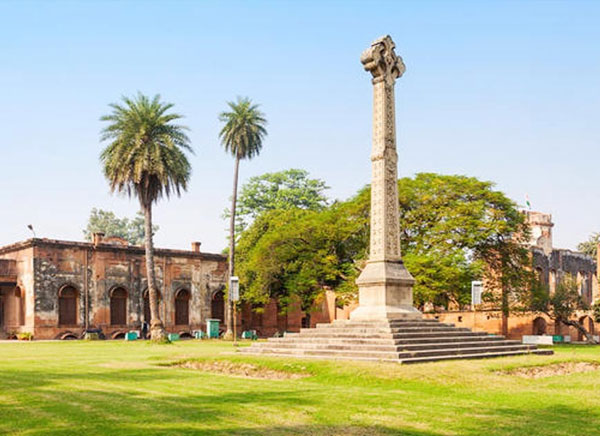 British Residency is one the major sites of the revolt of 1857. The structure is in ruins but it is preserved by the government and the surrounding gardens attracts a lot of tourists. 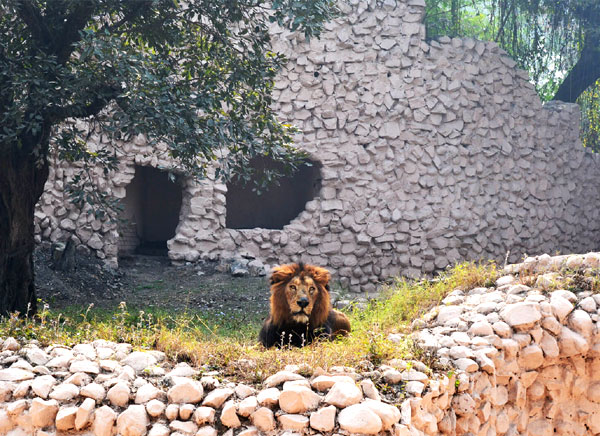 Lucknow Zoo was built in 1921 as a welcome for The Prince of Wales. This zoo spreads over an area of 71 acres and contains many species of birds, animals and reptiles. 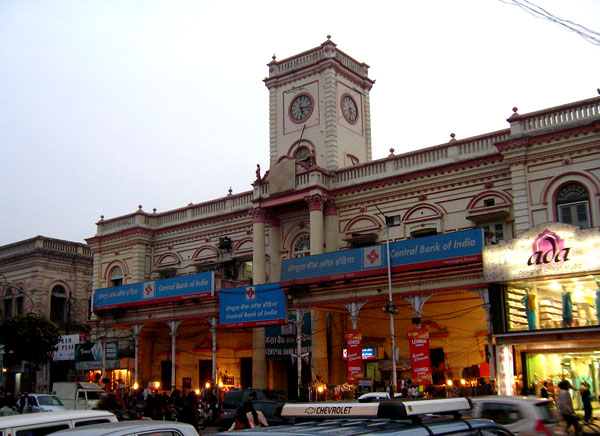 Do you love Shopping? Hazratganj Market is the answer. It is the central shopping complex of Lucknow.

The market has a variety of shops selling products that ranges from handicrafts, jewelry, movie complexes and library. 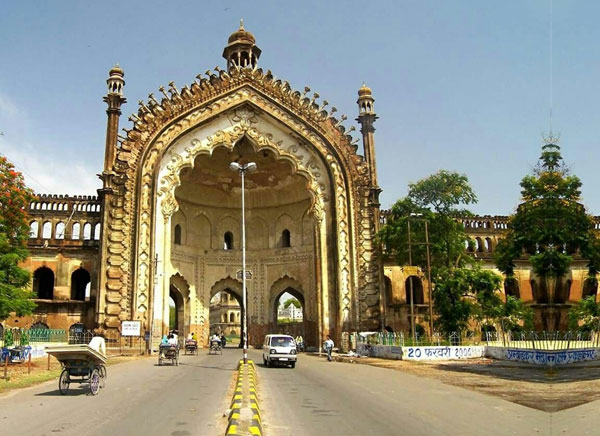 The Rumi Darwaza is a perfect specimen of the Awadhi Architecture. It was built around 1784 and is a 60 feet high entrance. 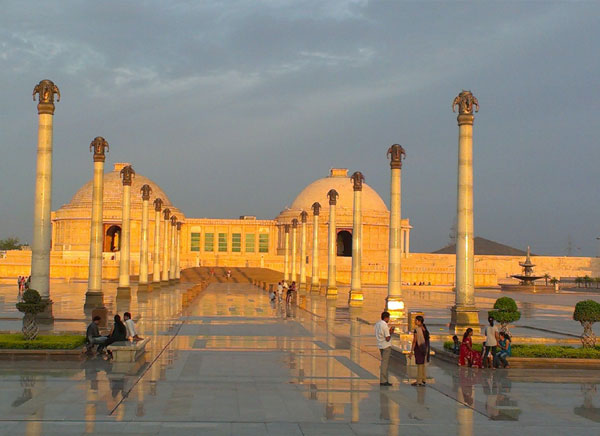 The Ambedkar Park was constructed by the Mayawati Government in Gomti Nagar, Lucknow. The park was built to commemorate the people who dedicated their life to equality and human justice like Dr. BhimraoAmbedkar, Kanshi Ram and others. With a budget of a whopping seven billion rupees, the park is one of the loveliest things to see in Lucknow. 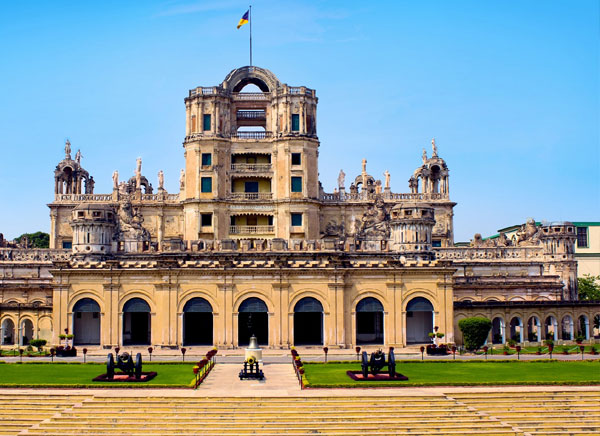 The monument is a mixed style of Italian Architecture. The site is currently housed by a college. The La Martinere School started in 1845. It has the tomb of French Major-General Claude Martin as he resided there.

Most Popular Tour Packages of Lucknow 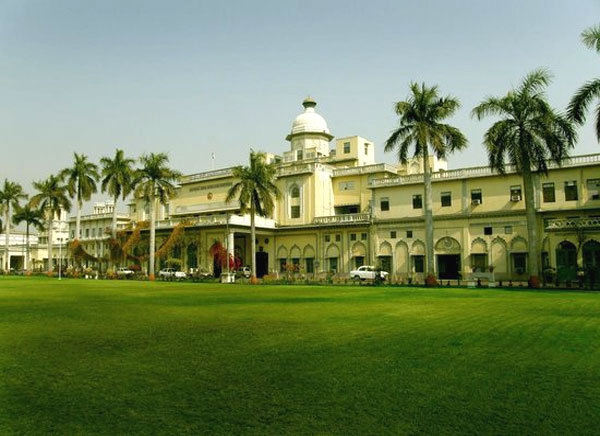 Chattar Manzil’s name itself means an Umbrella Palace which was the residence of the Nawabs of Awadh. This palace has a great historical significance as it played an important role during the Revolt of 1857. 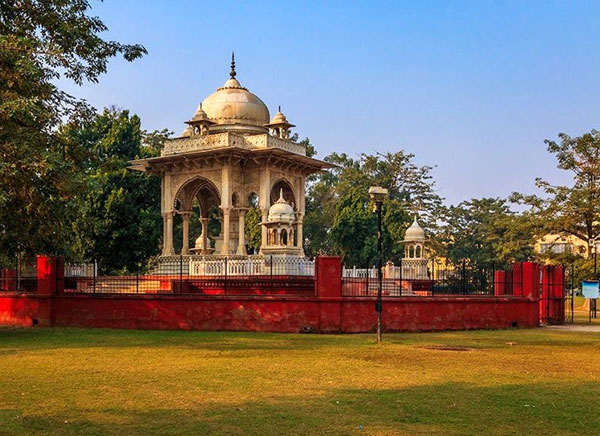 This park was built to commemorate the heroine of Awadh who revolted against the British in 1857 Uprising. Begum Hazrat Mahal park is a marble memorial which bears the coat of arms of the Awadh Royal Family. This site is a great attraction during the festival of Dussehra and Holi. 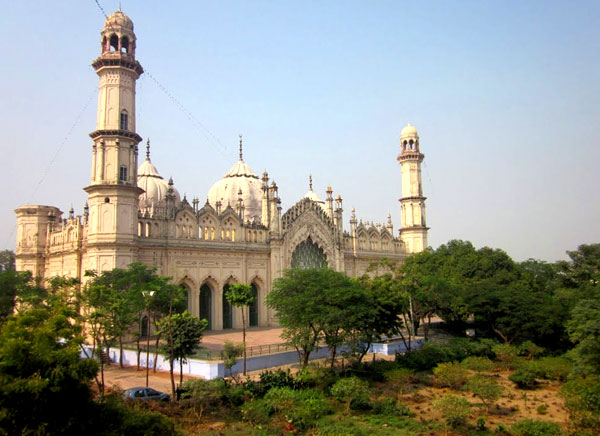 Jama Masjid is a Muslim mosque built by King Mohammad Ali Shah Bahadur. Built on an elevated square platform, the mosque was constructed to outpass the grand Jama Masjid in Delhi. It boasts of a fancy decor with a lime plaster, adorned with stucco motifs and has high arched ceilings and sturdy pillars. 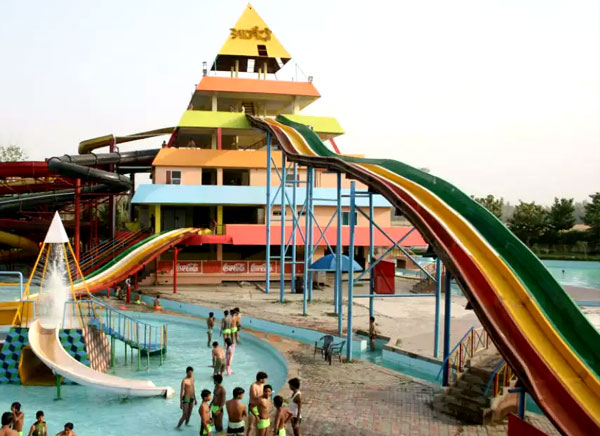 If you love fun and hanging out with family and friends, then this water park is definitely for you. It is one of the largest water park in North India. It has a food court, amusement park for kids and a play area too.

Tunday Kababi: Tunday Kababi defines the taste of Lucknow. Whosoever visits this place, does not forget the mouthwatering spicy kebabs for their lifetime. The meat dissolves in the mouth and it is best relished with rumalirotis.

Rahim’s Kulcha Nihari : Imagine soft pieces of meat immersed in an exotic spice rub and cooked overnight, stuffed into freshly baked tandoori kulche. After tunday kebabs, naharikulcha is the second most famous food jewel of Lucknow food and cuisine. All you need to do is visualise heaven on a plate.

Prakash Ki Kulfi: Lucknow food will never disappoint the tourists as it has a large variety of mouth drilling desserts. One of the major competition in desserts is Prakash Ki Kulfi which is famous for their kulfifaloodas.

Basket Chaat at Gomti Nagar: It is considered as one of the most liked street food in Lucknow. The basket chaat is made of a potato shelling which is filled to the brim with mashed Tikkis, tangy and spicy sauces or chutneys and loads of vegetables, often peas.

ChappanBhog Ki Mithaiyan: Undoubtedly, this food place is the king of the sweetmeat world. It offers wide range of attractively embellished mithai to which anyone can get tempted. This place is best known for their quality and taste. Lucknow offers a large number of items as a souvenir for the visitors. Some of them include MalaiGilouri, Perfumes, Chikankari Embroidery, Jewelry and metal craft pieces. I probably think that after learning so much about the rich culture, drolling cuisines of the city, everyone must be excited to visit the architectural wonder.