If you are travelling to INDIA, then Agra seeks an unforcable attention towards itself. Located on the banks of Yamuna river, this beautiful city is famous with its unique and historical dishes and monuments. Agra is the house of one of the 7 wonders of the world i.e. Taj mahal.

Agra along with Delhi and Jaipur is a part of Golden Tourism Triangle. It is famous for various dishes like Mughlai food, chaat, paratha, jalebi etc. but it is immensely popular for its sweet dish i.e. Petha. This beautiful city of historical monuments and ancient wonders is the most visited place of the country. Agra is the only city after Delhi in north India which houses more than 10 five star hotels. 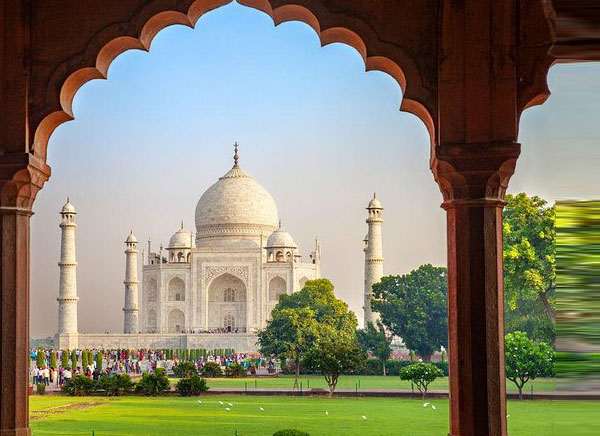 3 KM from the city center, it is one of the seven wonders of the world and is considered as one of the most popular destination of tourist attraction in the world. A symbol of love, Taj mahal was built by SHAH JAJAN for his queen MUMTAZ. Taj mahal is a monument which took lives of many workers and the interesting fact is that Emperor Akbar had ordered to cut the hands of the workers who were involved in making the fort so that no one can make the same fort again. This shows his love for his wife.

36 KM from the city center, fatehpur sikri which is predominantly made of red sand stone was once the capital of Mughal emperor AKBAR. It is now a UNESCO world heritage site and is the major tourist attraction place. This palace shows the example of one of the greatest Mughal emperor AKBAR’S architectural finesse. 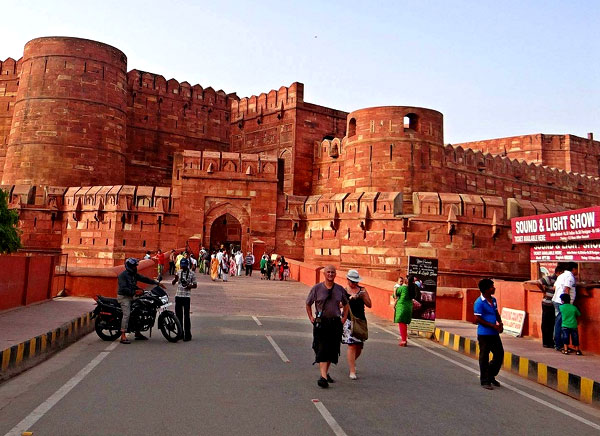 1 KM from the city center, Agra fort also known as Lal Qila. It is a UNESCO world heritage site and a very beautiful ancient fort which was constructed by the great ruler AKBAR on the banks of Yamuna river. This massive fort is made by red sandstone. The beauty of the fort can not only be seen from outside but is more beautiful from inside. The floor of the the fort is made up of white marbles which is white till date. The structure of the fort itself tells about the quality of the material used to make the fort. 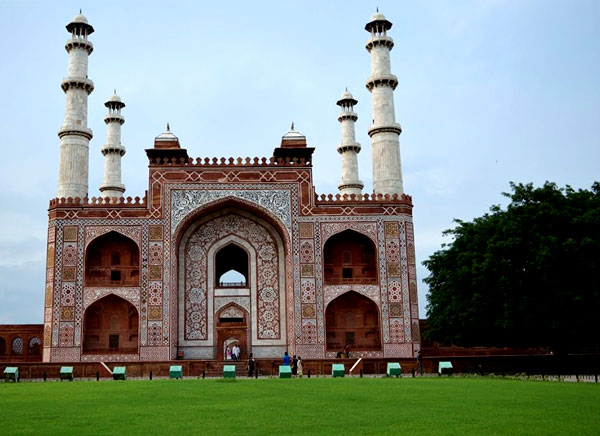 Situated 7 KM from the city center, the Tomb of Akbar is an important and iconic Mughal architectural masterpiece, which is built in between years 1603 to 1613,spanning over an area of 119 acres in Sikandra, Agra.About a km away from the tomb, lies Mariam's Tomb, the tomb of Mariam-uz-Zamani, wife of the Mughal Emperor Akbar and the mother of Jahangir. 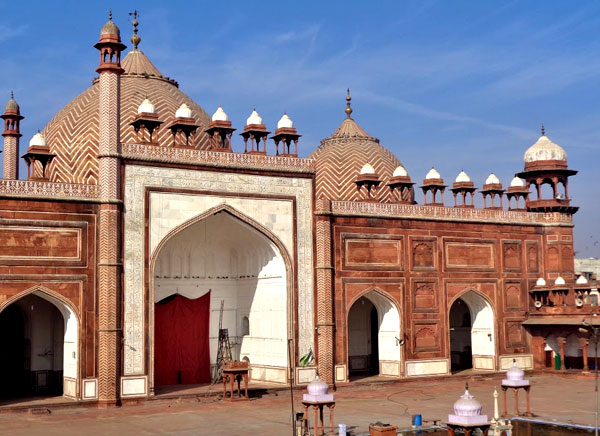 Jama masjid is situated 1 KM away from the city center. It is a relatively simple mosque which is built almost entirely in red sandstone and was built by Jahanara, the daughter of Shah Jahan. It is one of the largest mosques in the country with a beautiful piece of architecture. 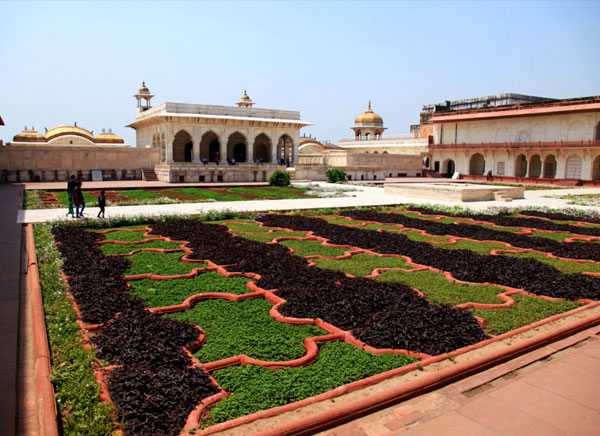 It is located 1 KM away from city center and is Centrally situated in the premises of Khas Mahal. Anguri Bagh was built by Mughal Emperor Shah Jahan in 1637. It was constructed for the emperor as his exalted place of leisure and rest.

Most Popular Tour Packages of Agra

Top Things to Do In Agra

Located on the banks of Yamuna, Agra is a historic city and is not only restricted to magnificent monuments alone, there are lot more to exploreand experience from monuments and mausoleums to parks and bazaars. The first thing for which every tourist visit Agra is to soak the beauty Taj Mahal which Is a sign of true love.

For peace lovers, Mehtab bagh is a perfect place to visit. It is a Persian-style garden built by Emperor Akbar. Filled by its beauty, this bagh is replete with airy pavilions, plastered walkways, fountains, and pools. The enticing garden is a green haven where you can spend some time away from the touristy crowd and still enjoy stunning views of the Taj Mahal. Since Agra is full of forts and monuments, let’s take a trip to Fatehpur sikri. It used to be the capital city of Emperor Akbar before he changed his capital to Delhi, thus it carries a grand heritage legacy. One can spend a whole day in discovering this beautiful heritage city.

(1) Taj Mahal is known for its pearl white color that appears pink in the early morning hours, white during the day and golden under the moonlight.
(2) Cleverly built, the pillars surrounding the Taj Mahal are slightly tilted outwards so that in the event of an earthquake the pillars would fall away from the tomb without causing any damage to the monument.
(3) The construction of Taj Mahal costed around 32 crore rupees at that time, which is equivalent to about US $100 million in today’s time.
(4) For the construction of Taj Mahal, different materials were brought from different places like crystals from China, coal from Arabia, red sandstone from Fatehpur Sikri, diamonds from Panna and Jasper from Punjab.
(5) Agra Fort, is a walled city surrounded by 70 feet high walls. It was held by the Chauhan Rajputs and was originally made of bricks. After its capture by Akbar, it was reconstructed with Red Sandstone. The total time taken for construction was 8 years and 1,444,000 labourers were employed to complete the task. 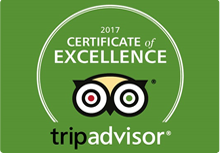